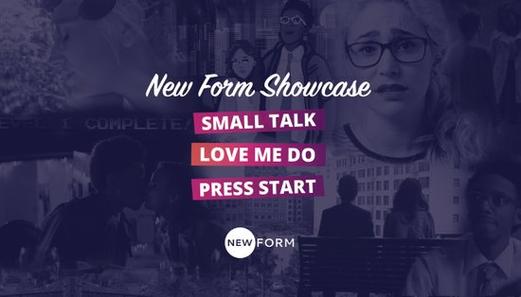 Short films can be oddly wonderful and a lot of the time don't get a ton of love from wide audiences. New Form Showcase brought 3 unique short films to this year's 2017 Austin Film Festival and they are all pretty delightful in their own way. I am not sure if or when people will get a chance to check these out but each of them could totally stand on their own as a full-blown film. Again these are short films so each of them is about 10 minutes long Let's break them down:

This short story shows us two former lovers who have a chance meeting a contemplate the idea of starting up again. This is shown through not only regular dialog but also through song taking thing short film from basic to a mini-musical. its cast is adorable and endearing and the music just wonderfully ties it all together. Of course, like any good story, you can expect plot twists and know that sometimes things aren't always happily ever after. This short film leaves audiences wanting more. it is like just seeing a 10-minute glimpse of the beginning of your favorite love story only to be left with that empty feeling of not knowing how it will end. It was a blast to watch.

In this short film, we see a young lesbian woman who is reconnecting with her father after he has made a hard attempt to turn his life around. We see flashbacks of her childhood and her father being less than ideal or responsible. He drinks too much and is very clearly more interested in being his daughter's friend as opposed to her father. Now later in life, she cannot believe that he is finally put together and her womanizing life is somewhat of a mess. She joins him at a spiritual retreat and things really take the time to come together. It is an interesting look at role reversals and the bond between parents and their children. This was hands down the most serious of the three short films, but it was still interesting to watch.

This little gem may have actually turned into my favorite of the three. This is a story about an awkward young man who has finally had the nerve to ask the woman he likes out on a date. We pick up with them at dinner and quickly see that anything that can go wrong will. The plot twist? Our hero starts seeing video game signs and messages all over the place giving him unlimited lives and chances to go back and make this night absolutely perfect. Think Ground Hog Day meets Super Mario Brothers or even Scott Pilgrim Vs The World. It is funny and fun to watch and they couldn't have cast out leading man better. His character transforms into a new man as his confidence rises.  I would LOVE to see this be a full-blown film and if they can continue to capture the magic this short film holds it would be epic.